An ancient land rich in culture and history, the Kingdom of Bahrain is also characterized by a cosmopolitan outlook and modernization. An archipelago of 33 islands, Bahrain lies in the Arabian Gulf with Saudi Arabia to its west and Qatar to the south east.  Bahrain, with a causeway connecting it to Saudi Arabia holds a strategic location in the Middle East and provides convenient access to all areas of the world. 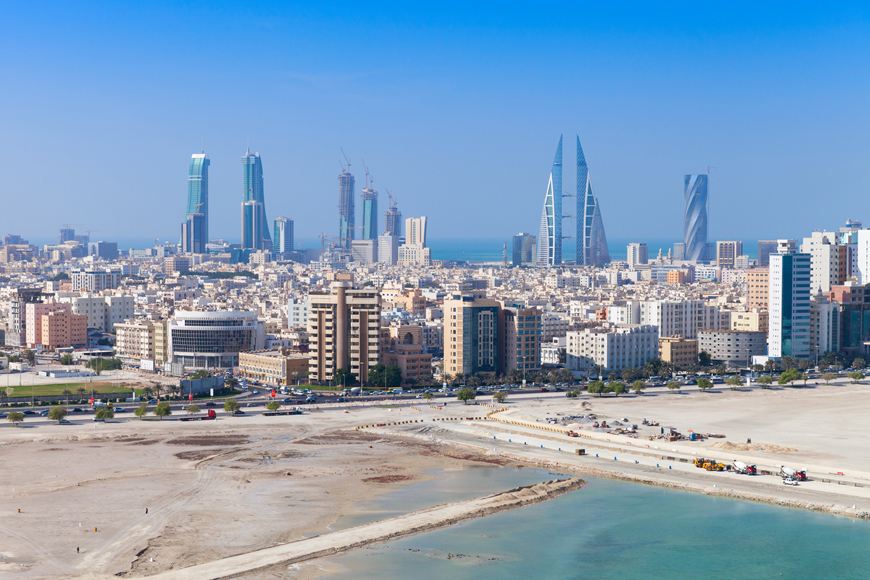 The landscape of modern skyscraper buildings and highways is mixed with mosques old and new, and lively traditional markets, or souqs.

Bahrain literally means “two seas” in Arabic and refers to the existence of dual sources of water, naturally occurring sweet water springs and the surrounding Gulf of Bahrain.  From the latter, Bahrain gained much of its economic power until the early 1930s when the production of oil replaced the pearl industry and maritime commerce.  The revenues have financed wide modernization projects, most importantly in health and education.  Education in Bahrain is compulsory, and all school age children attend either public or private schools. Bahrain provides free education for all Bahraini and non-Bahraini students through the public school system.

Often labeled as the “Gateway to the Gulf”, this can be seen in a diverse and tolerance among population.  Arabic is the official language, but English is widely used in business and is compulsory in schools.  Due to the high number of expatriates living in Bahrain, other languages such as Persian and Urdu are spoken and understood in both traditional and contemporary market places.  While Islam is the official religion of the Kingdom of Bahrain, followers of other religions enjoy freedom of worship.

Since 1999, the Kingdom of Bahrain has undertaken a major reform programme, focusing on political and economic development, and the protection and promotion of human rights, which are protected by its Constitution.